Any competition rules generally tell you the minimum requirements to compete in that competition. Some also give you maximums of what you can use in the competition also. F4B & F4H in some cases give you both. But realize the minimum may only get you into the competition, not a high finish. 5 photographs are the maximum you can use in your documentation packet to submit to the judges. Have you read the rules yet? If not go to this link in your web browser that should pull up the download for all classes in FAI scale. This will list F4B,C,H, and other scale classes, but we are only interested in F4H and B at this point. I suggest printing the Entire Sporting Code (have plenty of paper it’s about 175 pages.

You have a maximum of only 5 photos for your documentation, choose them wisely and it’s highly suggested to have all of these be the same aircraft. Most of the top 10 finishers at this year’s competition either are close to the full-scale aircraft or have access to THE aircraft they are modeling in a museum.

Judges only have 15min. to judge your model so keep the packet simple, and organized and have at least 3 sets of documentation with you for static judging. Why? Simple, this allows the judges to examine the documentation quicker and get you off the static table quicker. Our subject aircraft here did that very thing. He finished 6th overall in F4H this year, a young man who had a great airplane, a simple airplane a very well finished airplane by Tom Schonwetter Jr.

In 2024 both F4B and F4H will use the same static rules, exactly the same.

Start with a great set of scale drawings (3-views) if you need to make alterations to the particular aircraft you are modeling, do so and document why and where the differences are. We can get the changes signed off at AMA and stamped with the AMA stamp there before the team selection. But don’t try and do it any other way, it won’t be accepted. Many of the higher-placing aircraft have to do this as there can be many changes in an airframe, especially an old one, or as the sub model changes.

Under 6.1.9. Documentation note that proof of scale is the responsibility of the competitor, not the judges or anyone else.

The scale of the model must be listed on the Flight Score Sheets.

You must have a minimum of 3 photos of the prototype, including at least one of the actual subject aircraft being modeled are required. (this is one of those where it tells you what the minimum is to have to compete but not to place or win).

Go down through the documentation requirements including photographic evidence, scale drawings, proof of color, aircraft speed, and the competitor’s declaration. The declaration is a must as are the other points if you want to make an International Scale Team.

*Note for an international competition the Declaration MUST be signed by the Competitor’s NAC (in our case AMA) to be valid. (accepted)

Note how this documentation is presented for the judges in a simple easy way to make the comparisons as quickly as possible. Don’t use ¼ views of the full scale for documentation in this class, straight-on side views, top view (he used a drone to get this one), and end view. Photo 1. Color documentation, 2 right sides, 3 left sides, 4 end view, 5 top views. Ok, that’s it. He also used sections of the scale drawings to relate to the photos which only goes to help him.

Read the rules for static for F4H and F4B and think about what you are reading and ask questions. Saying I’m building an aircraft that isn’t easily documented and I only have 2 photos of it will not make any difference in static judging. Pick something you have 100 photos of and if at all possible be able to get to it. Color documentation, color photos, or documented color chips that match only. Some say that the Federal FS color chips are now $35 each and that’s a high price. But when you put 1000 hours in a model that you intend to take to a World Championships it’s a very small price.

Next time, we will talk about flight presentation and placement. 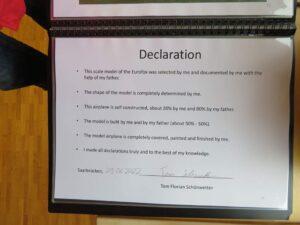 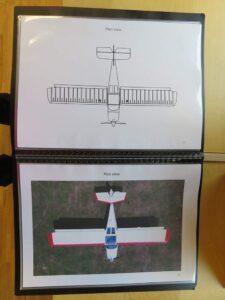 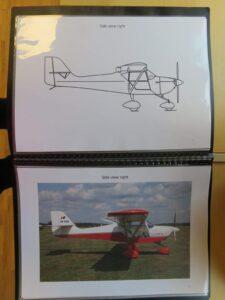 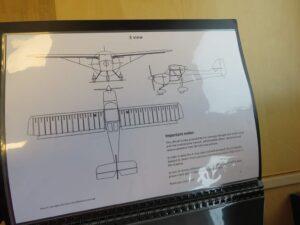 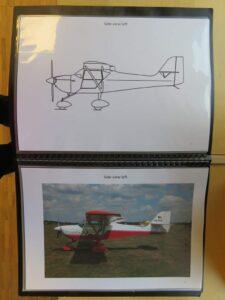 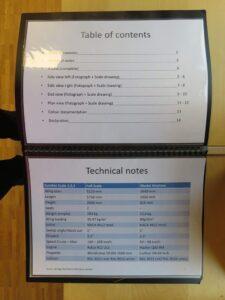